Our twenty-fifth Survivor Stories interview is with Karen Caroll from the U.S.A.

Karen D. Caroll has been a licensed Registered Nurse in the state of New York for more than 35 years. She has made numerous presentations throughout the state on the topics of sexual assault, forensic examiner programmes, and her personal experience as a survivor of marital rape. Ms. Caroll appears as one of five women in Fear No More: Stop Violence Against Women, a documentary shown on Lifetime Television in 2002, and her story is featured on four websites: www.raisinghervoice.com, www.voicesofcourage.com, www.voicesandfaces.org, and Project Stand at http://nobukoonline.com. She has two sons and four grandchildren. 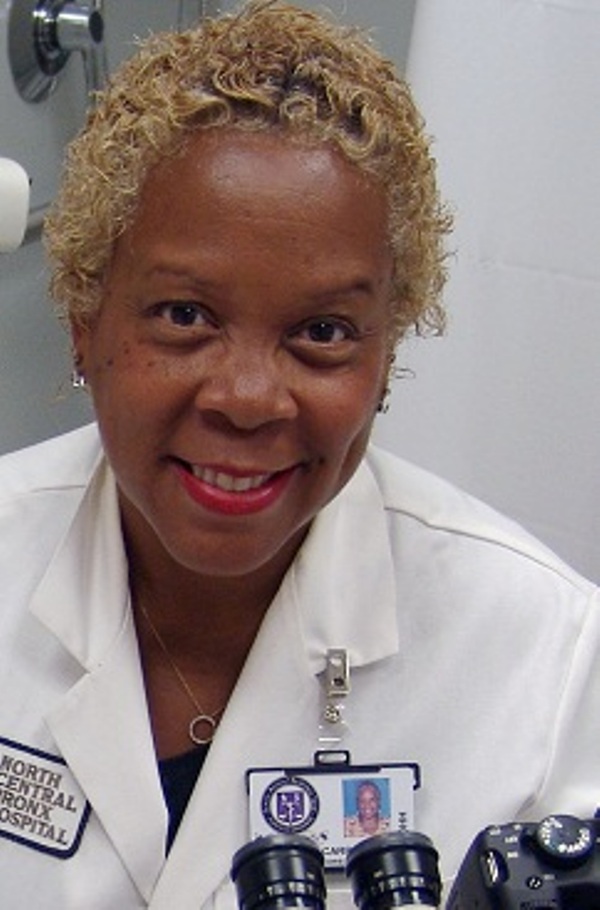 In 1994, I was tied, gagged, and raped at knife point by my then-husband at the time. He had been removed from my home by court order three weeks earlier when he pulled a knife on me during an argument. As a young child, I witnessed physical violence between my mother and father. My mother, one of the strongest women I know, passed away on Mother’s day in 2002. Sharing my story is how I honour her experience.

Having been exposed to domestic violence very early in my life, I grew up believing that I would never allow a man to hit me. When my husband pulled a knife on me during an argument, I knew immediately that I had to get an order of protection. As a nurse in the emergency department, I had advised countless women on keeping safe in abusive relationships. I knew that I could not live with a man that I was afraid may hurt me one day.

Once my husband was arrested, tried, and convicted of rape, he was sent to prison. I was given an opportunity to speak publicly about my ordeal within 6 months. Speaking publicly was so motivating and helped me to realise that women need to hear that their life is not over. I have never spoken publicly where someone, usually women, have not come forward to say “the same thing happened to me.” I learned that 1994 did not happen to me because of what I did, but because of everything that I will do!

I have always advised women who have been in situations similar to mine to find a way to turn their mess into a message. Don’t be afraid to confide in someone you trust or talk to someone anonymously on a hotline. There are so many of us out there and knowing that you are not alone can be so empowering.

I encourage everyone to speak out whenever there is an opportunity to do so. Don’t be a bystander; don’t sit by and listen when inappropriate comments are made. I believe that education and outreach to women, men, girls, and boys are the key. This is not a woman’s issue; it is a civil rights and public health issue. When we raise our children to respect everyone’s person and property, when we begin to break down the barriers of sexism, when we speak publicly about violence against women and hold perpetrators accountable, we will begin to make a dent in this global issue.

The Pixel Project reaches millions of people with their online campaigns, including the Survivor Stories Blog Interview Project. I am committed to helping other women realise that they are beautiful, strong, and do not deserve to be abused. Perhaps my story will inspire someone to live their life to its fullest.