Travis is a 29 year old living in Pennsylvania with his wife, Leslie, and son, Frederick. He has a Bachelor’s Degree in Geography from Indiana University of Pennsylvania and works in the Oil and Gas Industry. Travis enjoys the outdoors, good food, and spending time with his friend and family. His son recently turned 3 in May and he and his wife are expecting their second child (a girl!) this August. 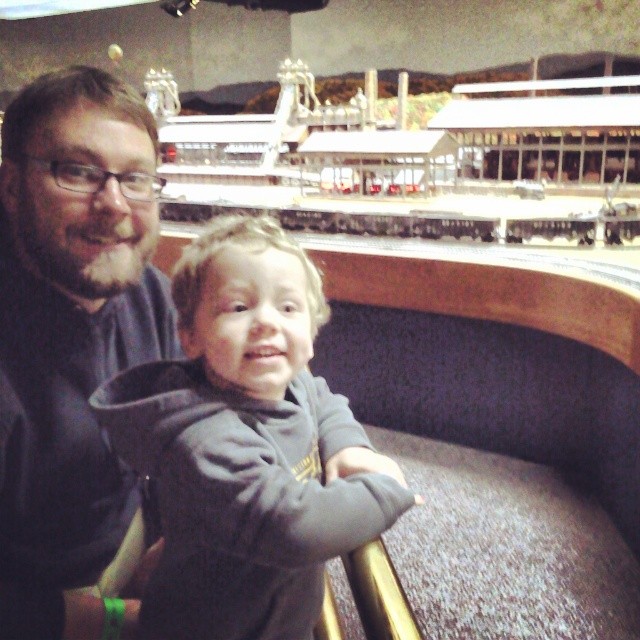 The best thing about being a dad is watching my son grow and learn. The look of excitement and happiness on my child’s face when he accomplishes something that he feels proud of, or when we take him to do something that he absolutely loves, cannot be compared. Being a dad is an awesome responsibility. Your children depend on you to take care of them, love them, protect them, and guide them. For me, nothing gives me a greater sense of fulfillment in life than seeing my son be happy.

I don’t recall a specific time or conversation where my dad talked to me about this topic. One thing I do remember about my childhood is that my dad always taught me to be polite and respectful to others, and to always say please and thank you. I continue to conduct myself in that manner around other people and I am trying to teach my son to be polite and respectful as well.

Young men and boys need learn how to deal with issues and how to treat other people, but they need to learn that through good guidance from their parents or other influential figures throughout their life. I feel that fathers and male role models can get young men and boys more involved by exposing them to the realities and harmful effects of violence toward women, and lead by setting good examples. My wife and I both work full-time jobs so I personally take on more of a responsibility in our home life. I want my son to see his parents sharing responsibilities and view us as being equal, and the importance of that.