I am Christian Counseling, a student, a photographer, a seamstress, a speaker, a leader and a single mother of two amazing young boys, ages 9 and 4. My passion is helping women overcome the same obstacles I walked through: abuse, depression, addiction, promiscuity and displaced identity. I can be found at New Creation Counseling. I have never been married and I grew up thinking less of myself then I should.  What I thought I lacked in looks I made up for in promiscuity. Amazingly enough by the time I acquired some self-worth, I was blessed to still be STD free. I have always been strong and independent, so I never would have imagined I would find myself being verbally, physically, emotionally and financially abused.  But that is exactly what happened nearly 6 years ago. 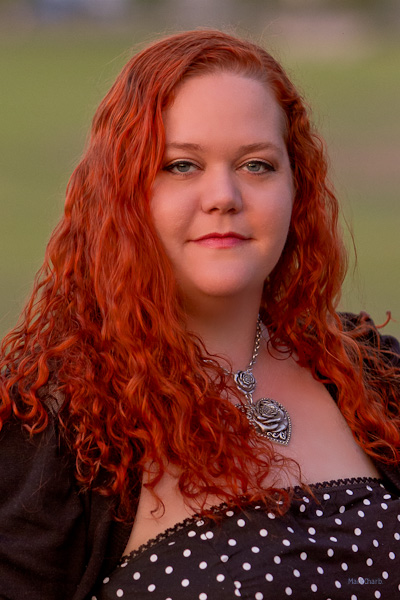 I met and fell in love with a man I thought was “the one”. I had desired a partner for so long that I overlooked all the red flags and warning signs as I was too caught up in what I thought was true love. Domestic violence and sexual abuse then crept in so slowly I that I did not see it for what it was.

It took the physical abuse of my son to open my eyes to the fact we were in danger. What he did to me, I felt like I deserved because he had programmed me to think that way. Had it been just me, I do not know if I would have left.  I craved love so much that I disregarded all the warning signs and clung to a toxic relationship for too long. Fear for my unborn child’s life gave me the courage to break free.

Today, nearly 5 years later, I am completely free and the happiest I have ever been!

My road to freedom started with a conversation with a co-worker where I finally talked about all the things that were happening. Until then I thought I could not tell anyone because ‘they just wouldn’t understand’. There was always justification for every wrong action or touch. “You brought it on yourself” was the lie we were fed.

After I disclosed to a co-worker, she told me the situation sounded bad and suggested I talk to the local woman’s shelter.  I called and after a few questions I was advised we were in a dangerous situation. I was told that I should get my son and myself away immediately and involve CPS, which I did. It was scary. Looking back now, I know most, if not all, of what he threatened to do if we left him were just lies. Because he felt powerless he needed to control us.

My healing came from a number of different places. Initially it was group and individual counselling at the woman’s shelter. The validation and understanding I received from other survivors was amazing: I learned that I was not alone; I was not crazy; and it was the abuser who was not OK – he had hurt me in numerous very real ways. I made friends I still have to this day.

Other things that helped me heal were taking the time to find out who I was. What did I like to do? What brought me joy and laughter? I made time to pamper myself even if it was just a bubble bath and a DIY manicure. I found I love to read and to write, so I do each as often as I can.

Sharing my story is another big way I heal. If the pain of my past can help someone else who is hurting then it was not all in vain.

My suggestion to anyone in a toxic relationship is to reach out to people you care about. Talk about what is happening. Do not isolate yourself. You are not alone. There are people in this world that care about you. Some you know; others are strangers. There is a way, even if you do not see it yet. There is hope for a better future. You can love someone and still set boundaries to protect yourself from being hurt. You can forgive, but trust is earned. Love is patient and kind, not hot tempered or mean. I am not saying you should never disagree – it is how you resolve conflict that matters. Respect is something every human deserves, especially from the one who claims to love them the most.

I think ending violence against women starts in how we raise our children. Both boys and girls need to be encouraged to be themselves and celebrated for who they are. Hurting people hurt people. The men that abuse do so because there is something broken inside of them.  If we can heal our boys, they will grow into confident men who will honour women instead of degrading them. The media tells young girls they need to look a certain way and use their bodies to gain the attention of young men; when they need to be taught that who they are is to be treasured. Let us embrace our children’s individuality and guide them on a journey to know their self-worth.

I support The Pixel Project because awareness is the key. Silence is the essential to abuse. Darkness cannot hide in the light. When we bring these issues of abuse to the light, not only do we provide a platform for people to share their stories, we encourage those still struggling to see there is another way. Freedom is possible but it comes at a price. Sometimes you have to let go of someone you love to find the path to your own freedom. It can be done. You are not alone. There may be pain in the night but joy comes in the morning!