My name is Romaine Martin and I have wanted to be a father as long as I can remember. I was born in New Jersey and grew up in a family with my mother, father, and older sister. I moved to Virginia during middle school and continued through university. I have one son, Romaine III, and a beautiful daughter, Lauren. I am married to the love of my life, Judy, and we have been together over twenty years. I have worked at the same company for the past eighteen years and currently serve as a training coordinator.  My favourite hobby is to travel and discover new places with my family! 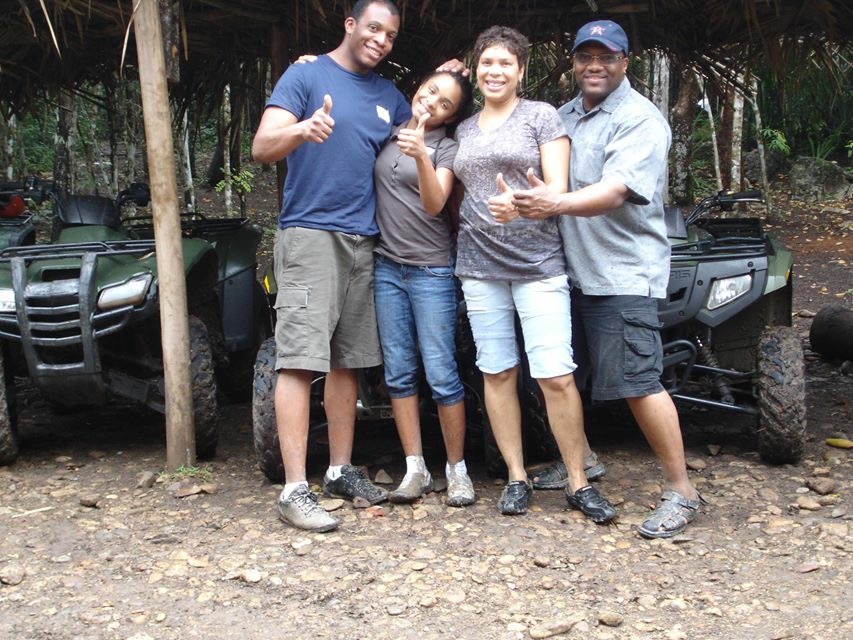 The best thing about being a dad is gaining the knowledge that my parents were not really crazy while I was growing up!  In other words I have developed an appreciation for what my sister and I put them through.

Being a parent is the most rewarding experience I can imagine.  You have such responsibility to a blank slate of a person, a person who really only wants to love you with no questions asked.  I have found myself echoing my parents’ warnings and exclamations on more than one occasion. That kind of makes me smile inside and realise how much of a circle life really is.

The first thing I remember my dad specifically telling me about women is that ‘a real man will never hit a woman’.  I heard that at the age of five or so probably because of fights with my big sister.  My mother worked outside the home during much of my childhood. I remember my dad would often work two jobs and sometimes take me along for the ride.  He would always stress that a man must do whatever it takes to take care of his family and carry the load.

I don’t think I ever saw him cry and he would hold his feelings inside and even developed an ulcer when I was a kid.  I think I have done the same to a degree and tend to internalize issues instead of sharing them openly with my spouse. I have had an ulcer as well. My wife says I am getting better with sharing the load.

I think it all begins with respect. I feel now more than ever that women are depicted as less than full human beings on the internet, in movies, video games, and TV.  How can we expect boys to treat an image as real?

Men need to explain the difference between fantasy and reality to their sons.  The real proof is in the doing. You have to walk the talk and let your son be exposed to real love and life and model an environment of mutual respect.  You also have to show that arguments and disagreements do occur, but it’s how you use communication skills to work your way through it that counts.