Peter Rock was born and raised in Salt Lake City, and now he lives in Portland, Oregon, with his wife and two fierce young daughters, Ida (8) and Miki (6).  The author of six novels, most recently The Shelter Cycle and My Abandonment, and a story collection, The Unsettling, he has several works forthcoming, including the novel Klickitat and his novel-within-photographs, Spells.  He is also a professor, teaching fiction and non-fiction writing in the English Department at Reed College. 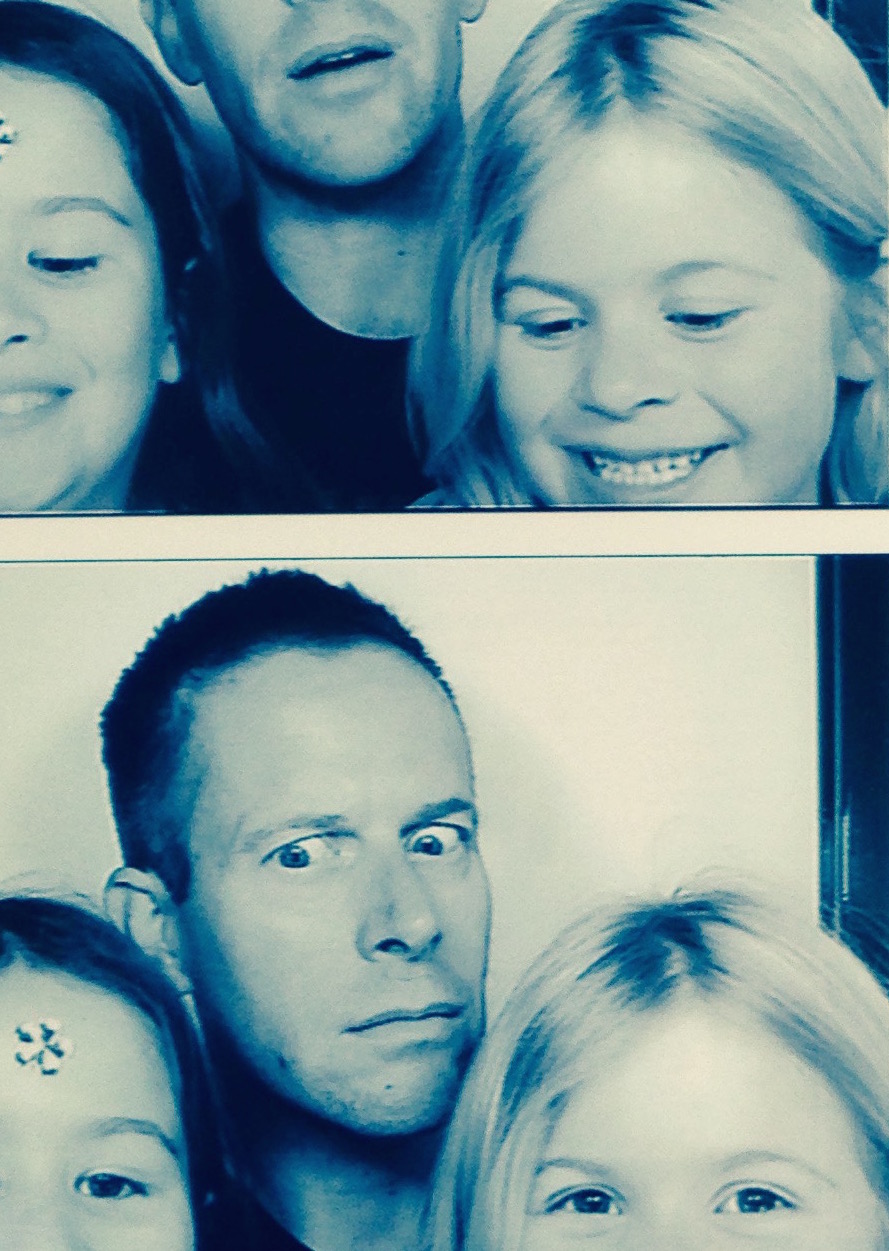 Watching the girls learn (e.g. How to read… and getting lost in books – amazing!). Also watching them wonder, hearing their questions—the way they apprehend the world, without the clutter of too much opinion and experience is an inspiration.

There are so many best things:  another one is just how bewildering and impossible it is, how I am always a little out of my depth, trying to figure out what is the right thing to do with them, to tell them—this relentless challenge is at once terrifying and vivifying.

And I just like the simple, instinctual way they reach out to hold my hand when we’re walking together.  Like that is a natural thing to do.

My father has always been devoted to my mother—sometimes embarrassingly so—and in that way served as an example of how to be in a long-term relationship.  He also coached soccer throughout my childhood, perhaps most notably for my sisters’ teams, and his advocacy for and interest in women’s sports was something I learned from.  Simply watching how his expectations of my sisters—in sports, academics, life—were no different than those he held for me and my brother:  that informed me.

Also, he was and is a huge proponent of daydreaming.

I think this is a matter of being an example, but also being quick to question situations that are violent or tinged with violence or sexism.  This goes for situations out in the world, but also in terms of storytelling (as a person who writes and teacher of writing, I have many opportunities to raise these questions).

For me, it’s also a matter of demonstrating that being a person involves respecting all genders and identities, listening to them, to try not to be defensive or insecure.  I’m also married to a doctor who works long hours, so I tend to do the majority of the cooking and much childcare. So I believe that fluidity in “traditional gender roles” has also been an important learning experience for me, and a way in which I can advocate for similarities as opposed to differences.