Our fourth 2016 Survivor Stories interview, in partnership with When You Are Ready, is with Lindsay Lucas-Bartlett from the UK and USA.

TRIGGER WARNING: The first two Q&As in this interview may be distressing for some Rape and Sexual Assault survivors.

Lindsay is a British actress currently living in Los Angeles. It was during her time at drama school in London back in 2007 when Lindsay was date raped. After six years of therapy, and travelling the globe to get away from London, Lindsay settled in LA where she has been for the past six years. Now happily married with a furry baby of a dog, Lindsay has started her next journey into helping others. Lindsay joined forces this year with VDAY to help bring awareness of sexual and physical violence across the globe that is inflicted on women everyday. 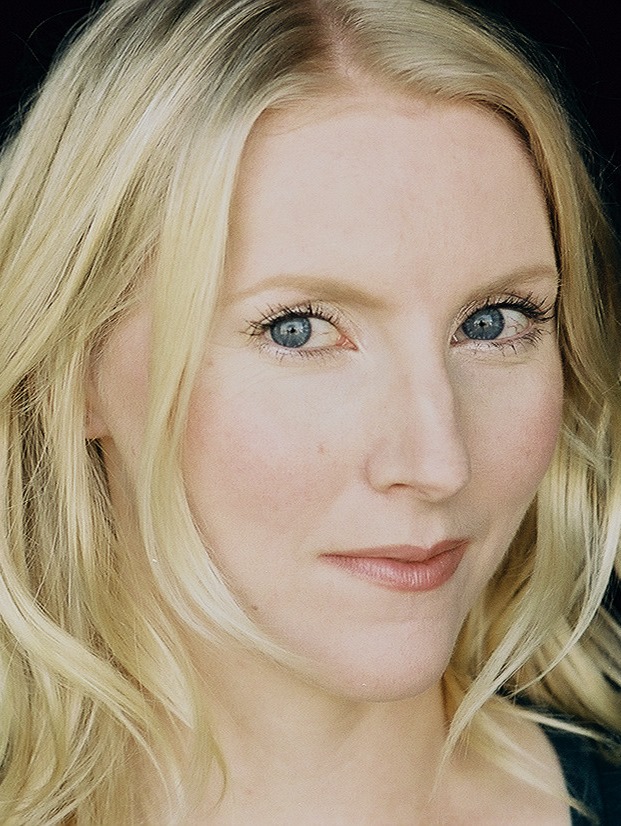 I was date raped when I was twenty-three whilst I was halfway through my Masters’ Degree at drama school in London, my dream school. I was with a so-called friend and she just left me there after the incident. There were two guys and this girl I looked up to. I have no memory of the attack, all I know is that I couldn’t pee properly for over a week and a half or sit down without having shooting pains for over two months after the attack, and that I had deep scratches that took over a month to heal. I had two deep scratches on either side of my hip area and one long scratch on the back of my neck.

I tried denying anything had happened, until I went to the hospital a day later and the staff confirmed that whatever had happened to me was not consensual and the women at The Haven told me I should report it to the police, which I did the following morning.

It was a very bizarre time for me. I had my “friend” tell me nothing had happened, yet my body and my inner intuition were screaming otherwise. The hospital was telling me otherwise also. The police investigated the assault and dropped the case after a month. They had arrested the guy  – which my friend was beside herself about (what a huge embarrassment for her!) but they did not have enough evidence, only my statement, to continue the case.

I made it my goal to finish my Masters’ Degree as I could not just quit after all the hard work I had already put into it. A friend of mine from class suggested we move to Los Angeles after we completed the course to get out of London and so I made that my next goal. I kept making goals for myself and I made sure that I completed as many as I set (some I am even still trying to achieve).

I talked a lot about it, and I mean a lot. It took me a few weeks to tell some of my closet friends as I felt all this shame and guilt, but when I knew that I had all of my friends support, I knew I was safe to talk it out as much as I could. That has actually been a tremendous part of my healing.

After my student visa expired in the States I started my work visa process (a new goal I worked towards). I also moved to Australia for about four months as I did not feel ready to head back to London. This helped my healing process as I realised how big this world is and how I had the strength to do everything I was doing and had previously done with my U.S travels. That’s when I decided to head back home to London to be with my friends whilst I was waiting for my U.S visa to be approved. It turned out that I had the most wonderful time back in London being with my friends and family. I actually met another survivor and we became instant friends and are still to this day.

I also put a lot into my craft as well – acting, performing and painting were very strong outlets for me and they have truly helped me thrive.

Just know you are not alone and you never will be. Talk about it. Talk about it as much as you can and get it out of your system. When you feel you have spoken about it as much as you can, talk about it more. I saw different therapists (due to my travelling) for over six years. Until one day I started talking about something that was not my rape and I realised that what I was talking about was so silly (I think it was about how I chipped a nail on my way to the appointment or something stupid along those lines). Then something happened inside of me, I realised I was thinking about other things other than my assault. It had taken me that long.

The more you talk about it with others though, the more you connect, the more you’ll find that it has happened to more people than you think. Not only can you help yourself but you can also help others.  You can connect with others and know that you are not alone, even when you feel it. Trust me, I felt so isolated and alone. Especially after the police at Notting Hill Station had told me it was consensual and I was at fault, when I was walking through Hyde Park feeling so disgusted with myself, and I felt so alone, but I truly was not. It is happening all the time to women and it needs to stop.

We need to create an environment where women are not blamed and shamed for reporting their assaults, whether it is physical or sexual. I feel that women have a heavy weight to carry, as there is this sense of shame and guilt that we carry around with us as if “we asked for it”. That has to stop. Women and men have to stop “slut shaming” women and instead stand together and support each other.

A friend recently told me that she had been sexually assaulted and when she spoke to one of her relatives, they denied her a voice and said that she must be lying. As this story unfolded it turned out that this relative had been assaulted by the same man in question. Instead of supporting her young relative she denied her as she had possibly had felt denied in the past.  People are so quick to judge and slap labels on each other. The victim blaming and shaming needs to stop. The victim is never at fault, no one asks for that to happen to them, it is a truly disgusting, violent act and people need to know that it is on the rise, especially in this egotistical, social-media fuelled world that is unfolding in front of us, and it needs to stop.

Bring awareness to the masses. People need to be educated on these events as they are real and they are happening and when you think it is never going to happen to you or anyone you know, sure enough it happens.

I support The Pixel Project because their Survivor Stories campaign provides a platform for women to tell their survivor stories and get heard. It is one of the most valuable things people need, to be heard and be validated. Each story is different but they all have the same pattern, and we all go through very similar cycles of guilt, shame, depression, suicidal thoughts, being scared and feeling alone. I stand with The Pixel Project as I want to put an end to violence against women, we need to empower each other and not bring each other down. Empower, empower, empower!