Our twenty-fourth 2016 Survivor Stories interview is with Stephanie Hassler from the USA.

Stephanie Hassler fights every day to transition from victim to survivor of domestic violence. In the early morning hours of November 15, 2004, she had her ex-husband arrested for hitting her repeatedly with a casted hand that he’d broken while beating her a few nights before. She left her life in Pennsylvania to build a new one in her home state of New Jersey with her then 10 month old son. She is happily remarried to a wonderful man with whom she shares four beautiful children. She owns a marketing agency and hopes to someday be a victim’s advocate. 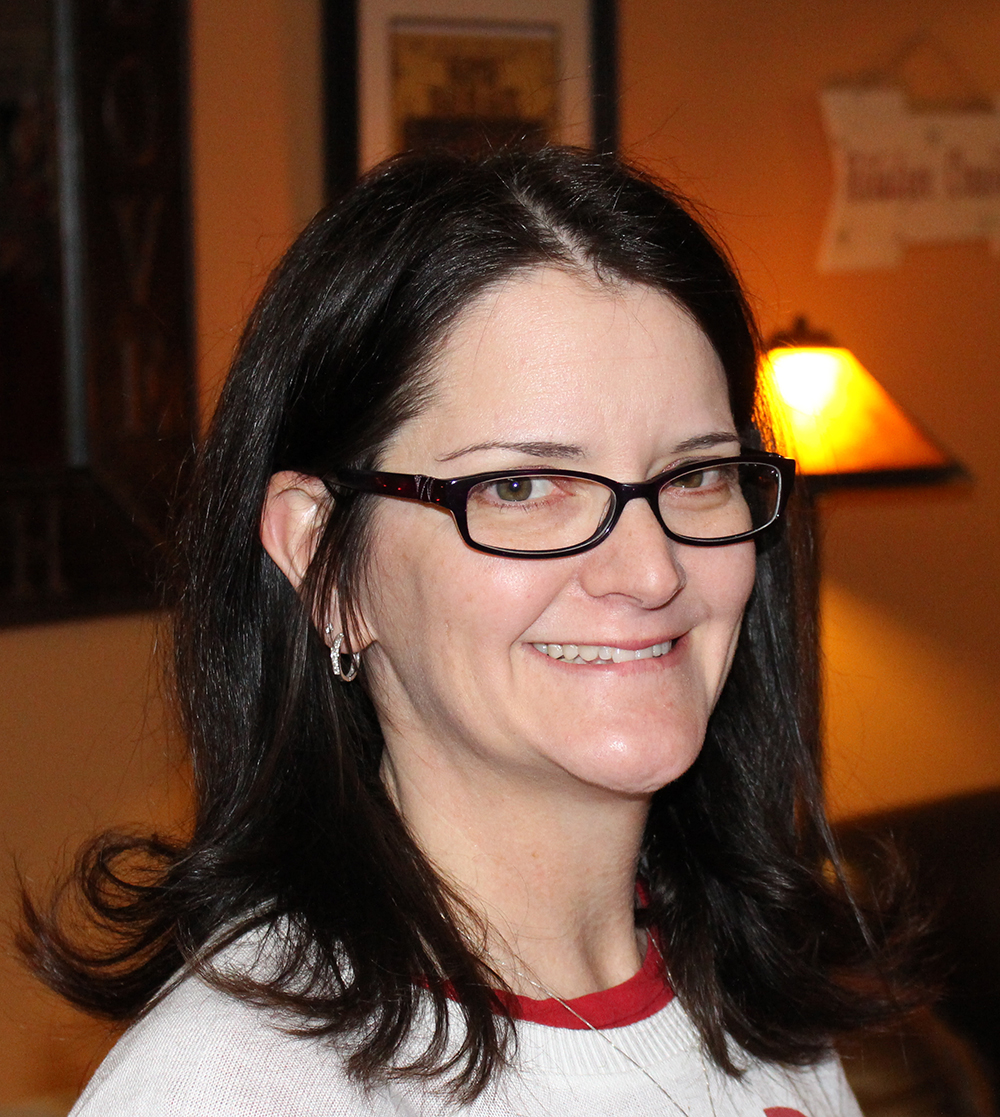 My first-hand experience with domestic violence began in May of 1996 when I met my future ex-husband, and ended in November 2004 when I had him arrested for assault. He was only the third man I’d ever dated – a successful electrical engineer who graduated at the top of his class, was fit and handsome, and clearly out of my league. Though I’d tried to leave him early in our relationship, he attributed his rage and control to obsessive compulsive disorder (OCD)– which was clearly exhibited in many of his behavioural habits.

I felt sorry for him. I felt like I could help him. I had no idea what was happening. He controlled my finances, my clothing, my relationships with friends and family, my career path, what, how, and when I ate, etc. I did not realise the man he was or the woman I had become until my son was born and it was nearly too late.

Though I am happily remarried with three children in addition to my son, the physical, verbal, financial and emotional abuse has left permanent scars that neither time nor a healthy relationship will erase.

We’d been in court before. He’d been in altercations and had citations from both friends and strangers. But I still didn’t see it. It wasn’t until the evening of November 15, 2004, when he attacked me for not snuggling properly, that I finally had him arrested. While we lay in his mandatory position in bed with the metal splint on his right hand resting firmly and uncomfortably between my breasts, I must have squirmed…or sighed…or somehow expressed discontent, which triggered a reaction.

Rather than engaging him (since the splint was a result of a boxer’s break he’d suffered while beating me a few nights before), I left for the guest room. He followed me and proceeded to beat me. I called 911. He left the room and I stayed on the phone with the operator until Officer Joseph Dows arrived. Officer Dows reviewed my options with me and I decided not to press charges, until my ex-husband told him that the next time they’d be called to my house, they’d be arresting me. It was then and only then that I made the decision to have him arrested (which he resisted).

I have never looked back.

My son has been my beacon. I realised that it wasn’t just about me and what I could endure anymore – it was also about what I was exposing him to. We left our home in PA the night I had my ex-husband arrested.

I constantly shared the company of supportive people who never pushed me, but fuelled my determination. My work family was very supportive and allowed me to keep my job until I found a new job. My parents shared their home, helped me find a lawyer, encouraged me to seek counselling, supervised my son’s visitations in their home, transported me to bi-weekly custody exchanges, and accompanied me to all of my court appearances. My older brother moved into my new home with me so that I felt safe. My ex-husband’s friends testified on my behalf.

I have had setbacks – my ex-husband’s abuse of the court system aimed at ruining me financially, and then having to vacate my home when he relocated from PA to just a mile from my new home. His presence will always unnerve me, but I am determined to live and to survive one day at a time.

I wish there was something that I could say to make every woman see her own light. Unfortunately, it shines within each of us. I will not frame myself as a martyr. Though I didn’t realise what was happening, I do acknowledge that I ignored my mom’s warnings, his arrests and confrontations, and my initial instincts. I wanted to see the good in him that simply did not exist.

I know now that my personality is “co-dependent” and that classification is what threatened me and eventually saved me. It was the realisation that I would be raising my son in an environment fraught with unacceptable behaviour that forced me to acknowledge our circumstances and fight for a better life. So, I would tell someone like me to fight back. It’s worth it. You’re worth it. Life is worth it. If you don’t have positive influences in your life, call me. I’ll help you find them. I’ll try to be one for you.

The best support I received came from my women’s support group. I could talk to you at length about what happened to me, and it’s just a story for me to re-live. But, if you put me in a room with other women who have been through it, we cannot hide from the raw emotion of what we’ve been through. To end violence against women, we need more women to talk about it. We need more women to be lauded for surviving it, rather than being shamed for having been a part of it.

We need to find a way to provide support and stability for women who want to move on, so that they don’t get sucked back into abusive relationships. To survive these situations, the court system needs to be better – harsher and more consistent penalties, strict and permanent restraining orders, financial and emotional assistance. Until we prove that women can survive violent situations, they will continue to be vulnerable prey.

As a child of the 80s, I grew up thinking that something so socio-economically related like this would never happen to me. That was my first mistake because violence against women knows no race, no socioeconomic status, and no educational background. It can happen to the most vibrant of us, to the quietest. It can take a life in a heartbeat or scar a life forever.

The goal of The Pixel Project is to raise awareness about violence against women and I believe that where there is awareness, there is hope. The more I talk about what I’ve been through, the more friends I have who confide in me about their own ordeals. We are an underground current that needs to rise to the surface. I believe efforts by organisations such as The Pixel Project are helping us find our way, and I want to do what I can to support that.