Our twelfth 2016 Survivor Stories interview is with Therese D’Encarnacao from the USA.

Therese D’Encarnacao feels blessed to even be alive. In 2010, she survived criminal domestic violence. Her then husband of twelve years attempted to shoot her right between her eyes in an attempted murder/suicide. Although she still suffers from traumatic brain injury (TBI) and the bullet remains in her brain, she continues to donate her time and energies to domestic violence awareness. Between her grandchild and her new husband and his children, she is happily and busily enjoying life. 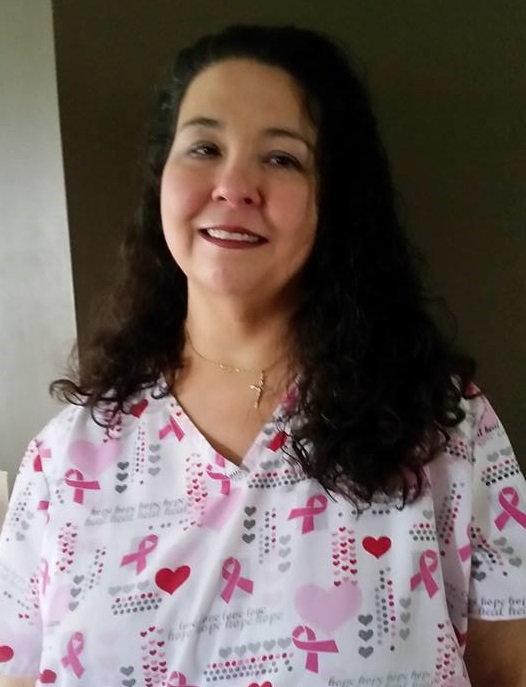 I am a survivor of criminal domestic violence. My late husband pointed a gun at my head and the last words he said to me were, “If I can’t have you, nobody can!” Then he pulled the trigger and my head exploded.

I was told he then walked barely five feet from my body and took his own life right in front of his brother.

Only by the grace of God. Right after his suicide, his brother called 911. However, they checked me and couldn’t find a pulse. They thought I was dead and were waiting for the coroner.

It was only after I woke up face down on the bathroom floor and was finally able to ask for help that they came and loaded me onto a stretcher and then into the ambulance to take me to the trauma centre.

I got help from family and friends, but help came mainly from counselling, doctors, advocates and other survivors. I journaled daily and read everything I could get my hands on to learn about domestic violence and violence against women. Knowledge is both powerful and empowering!

I went to groups specifically for victims of domestic violence and eventually I began to get involved with the Attorney General’s Office for our state, more specifically the Violence Against Women section and also volunteered in other arenas, shelters, prisons and victim’s rights groups.

Don’t ask yourself if you love him. Ask yourself, do you trust him?  A relationship without trust is like a car without fuel – you can stay in it all you want, but it won’t go anywhere. If the answer is no, then get out and stay out!

Knowledge is both powerful and empowering, to both men and women. Increase awareness, especially in our young boys and girls. Love is respect. Teach them to respect both themselves and others.

Because only by increasing awareness can we make the changes necessary to bring about changes in our society and help our world. I believe The Pixel Project is bringing light to a very dark area and it is extremely important!